U.S. Presidents and Your Portfolio 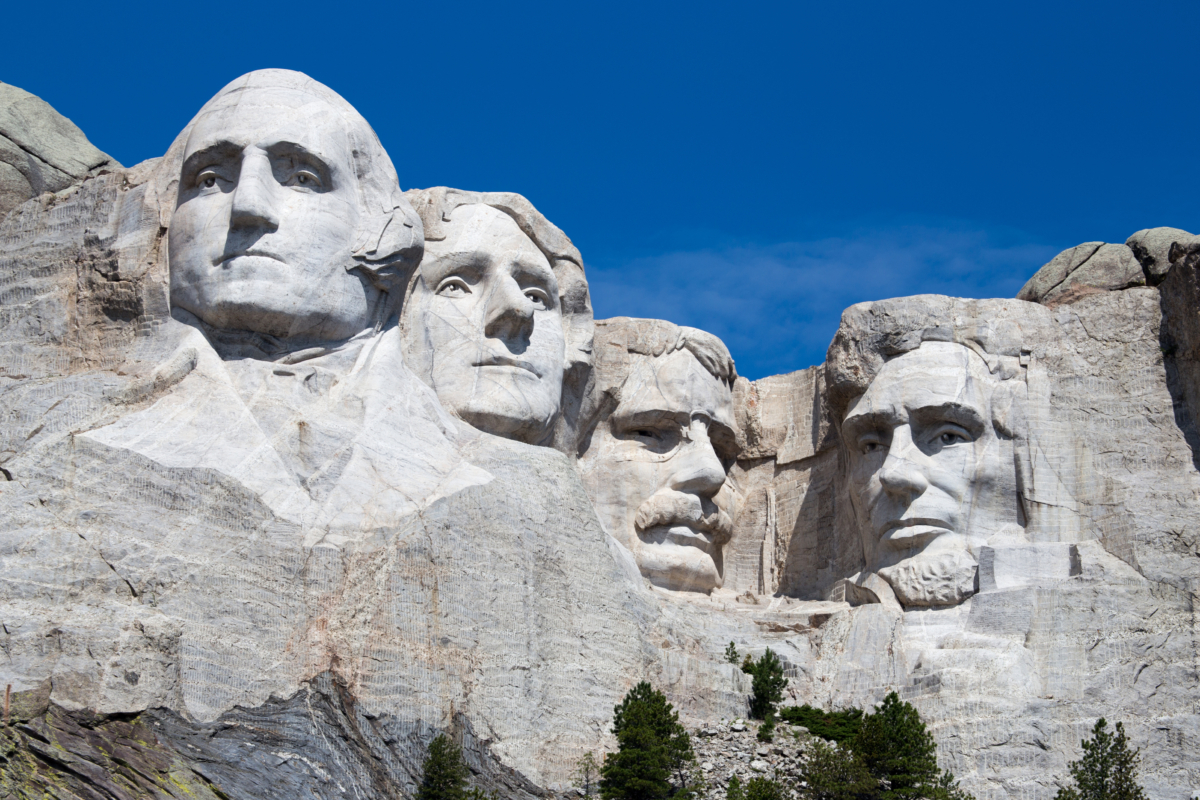 U.S. Presidents and Your Portfolio

In all variety of enterprises, the quality of leadership matters. From an investor perspective, one of the most important questions we ask when considering an investment is “how strong is the management team?” This matters because corporate leaders have the all-important jobs of (1) operating the business and (2) choosing how to allocate capital.

If leaders do well at these two tasks, the value of a business tends to rise, other things being equal.1

If the quality of leadership at a business matters for an investor’s returns, does the same hold true for leadership of government? Does it matter for investors? Certainly, there has been much speculation in the press and among investors about how President Donald Trump might affect markets, both for better and for worse. But does the individual in the Oval Office really matter that much in terms of market performance?

The answer depends on the time frame in which you consider the question.

Over the short term

In the short term, the answer seems to be “maybe”.

After the most recent U.S. election, the financial press coined the phrase “The Trump Bump” to correlate the market rise with the proposed policies of the new president. The key factors driving this rise were the anticipation of corporate tax cuts, revised trade deals and, more generally, a pro-business administration. It’s hard to deny that those are indeed important factors that feed investor optimism about the future and thus push markets higher.

But it may be overly simplistic to draw a straight line between Trump’s policies and the upward move in the stock market. In addition to the president’s policies, there were other supportive tailwinds behind the market’s recent rise. For example, the fact that we are in an environment of stable, low inflation, low unemployment, strong business confidence and high corporate profit margins also contributed to the buoyant markets since the election. The bottom line is that in the short-term, the actions of a U.S. president can influence the market but there are more factors at play than just a single voice.

Over the long term

In the long term, the answer seems to be “there is surprisingly little correlation”.

Common wisdom might suggest that markets perform better under Republican presidents because of their more pro-business policies. However, the empirical evidence suggests otherwise. According to data published by Forbes in 2004, the S&P 500 averaged a total return of 14.1% per year under Democratic presidents since 1945. The comparable number for Republican presidents was lower at only 11.8%.2, 3 One possible conclusion from this information is that stock market performance is not determined by who is in power and their policy priorities. Those factors are important but they are not determinative, nor do they hold 100% explanatory power regarding the direction of markets. This is a point that sometimes gets lost in the hysteria of financial headlines.

Another way to look at the impact of U.S. presidents is to look at stock market returns over the full length of their terms. The table below shows the last dozen U.S. presidents, ranked by the annualized total return of the S&P 500 under their watch.4

When you consider these rankings, there is no apparent connection between who’s in office and the performance of the equity markets. In fact, it would be difficult to compile a list of presidents who had more varied political leanings, economic policies and periods of historical happenstance. And yet each of them held office during periods of strong total returns, except for Nixon and George W. Bush. In other words, presidents and their policies may play leading roles, but they aren’t the only actors on the stage.

Long-term drivers of the market

Our view is that markets are complex, dynamic systems with a multitude of inputs. As such, it’s unlikely that a single individual – no matter how powerful in title – can single-handedly determine the trajectory of markets over the long term. Instead, a combination of much more mundane factors will likely determine the path of the market, including:

And don’t just take our word for it. A recent study published in the Financial Analysts Journal examined 143 years of market history to determine the key drivers of long-run stock market returns. Interestingly, the role of U.S. presidents was not a noted factor. Instead, the authors concluded:

“In the short run, the stock market is driven mostly by demand, with risk-on/risk-off environments or dynamic discount rates causing over- and underreactions to underlying fundamentals. But in the long run, as we show in this article, the cash flows that corporations supply are the ultimate drivers of stock returns. We further show that these corporate cash flows participate in the underlying growth of the real economy.” 5

To us, the conclusion is that successful long-term investing is not likely to be affected by a single president.

To be sure, a sitting president can wield influence in the short term through policy actions that the market sees as either positive or negative for the economy. Individual companies and even whole industries (e.g. healthcare) can be impacted in the short run by new policies.

Also, no economy is immune to major policy mistakes. For example, equal parts of blame have been laid at the feet of Coolidge, Hoover and Roosevelt for decisions they made as president which exacerbated the Great Depression.

And of course, there is always the risk of the leader of the U.S. igniting a major geopolitical event that could be highly disruptive.

But markets have survived many serious upsets and still prospered, regardless of who was in charge. As is often the case, Warren Buffett may have captured this idea best when he wrote: “In the 20th century, the United States endured two world wars and other traumatic and expensive military conflicts; the Depression; a dozen or so recessions and financial panics; oil shocks; a flu epidemic; and the resignation of a disgraced president. Yet the Dow rose from 66 to 11,497.” 6

That’s sage advice to consider for anyone who may be losing sleep over the prospect of an unsettling presidential tweet.

1 The catch for investors, of course, is that other things are never equal!
2 Dan Ackman, “Presidents And The Stock Market“, Forbes, July 21, 2004.
3 For a more detailed treatment of this question see: Pedro Santa-Clara and Rossen Valkanov, “The Presidential Puzzle: Political Cycles and the Stock Market”, The Journal of Finance, Volume 58 Issue 5, September 11, 2003.
4 This table updates data originally published in the article noted in footnote 2. The updated data was sourced from Bloomberg and is the annualized total return in USD and includes gross dividends.
5 Philip U. Straehl and Roger G. Ibbotson, “The Long-Run Drivers of Stock Returns: Total Payouts and the Real Economy”, Financial Analysts Journal, Volume 73 Number 3, Third Quarter 2017.
6 Warren Buffett, “Buy American. I am.”, The New York Times, October 16, 2008.

COVID: An Uneven – and Unequal – Recovery

Author Name And Credentials:
Fergus Gould, CFA
Topic:
Human Interest
Excerpt:
Canadians have had enough of the lockdown. Here we are 18 months after you first heard of the then mysterious Wuhan flu. Today, but for any curve ball
Read More

The Nexus IT Crowd

Author Name And Credentials:
Nicole Weiss
Topic:
Inside Nexus
Excerpt:
We are happy to announce Ian Ligertwood as the newest member of our team. As Vice President, Operations & Technology, Ian will be responsible for
Read More

The Burden of Experience in a Modern World

Author Name And Credentials:
Geoff Gouinlock, CFA
Topic:
Investments
Excerpt:
Those of us who started in the industry decades ago have witnessed enormous change. When I finished university in 1982, Japan was the world’s
Read More

Author Name And Credentials:
Dianne White, CPA, CA, CFP, TEP
Topic:
Tax Planning
Excerpt:
The change from “saver” to “spender” is what I call the great retirement transition. Figuring out how to draw on your retirement savings to meet your
Read More

From The Editor: Summer Vacation

Author Name And Credentials:
Brad Weber, CPA, CA, CFP
Topic:
Inside Nexus
Excerpt:
Summertime and vacations go hand in hand. The season is linked with feelings of relaxation and recreation. As kids, we saw the arrival of summer as
Read More

Nexus and the ESG Integration Approach

A Table for None, Please; Working From Home on the Rise

Author Name And Credentials:
Brad Weber, CPA, CA, CFP
Topic:
Pearls of Wisdom
Excerpt:
Reading is one of the principal occupations in our profession. As we digest a wide range of material, interesting ideas and surprising facts – some
Read More

Author Name And Credentials:
Dianne White, CPA, CA, CFP, TEP
Topic:
Tax Planning
Excerpt:
The change from “saver” to “spender” is what I call the great retirement transition. Figuring out how to draw on your retirement savings to meet your
Read More