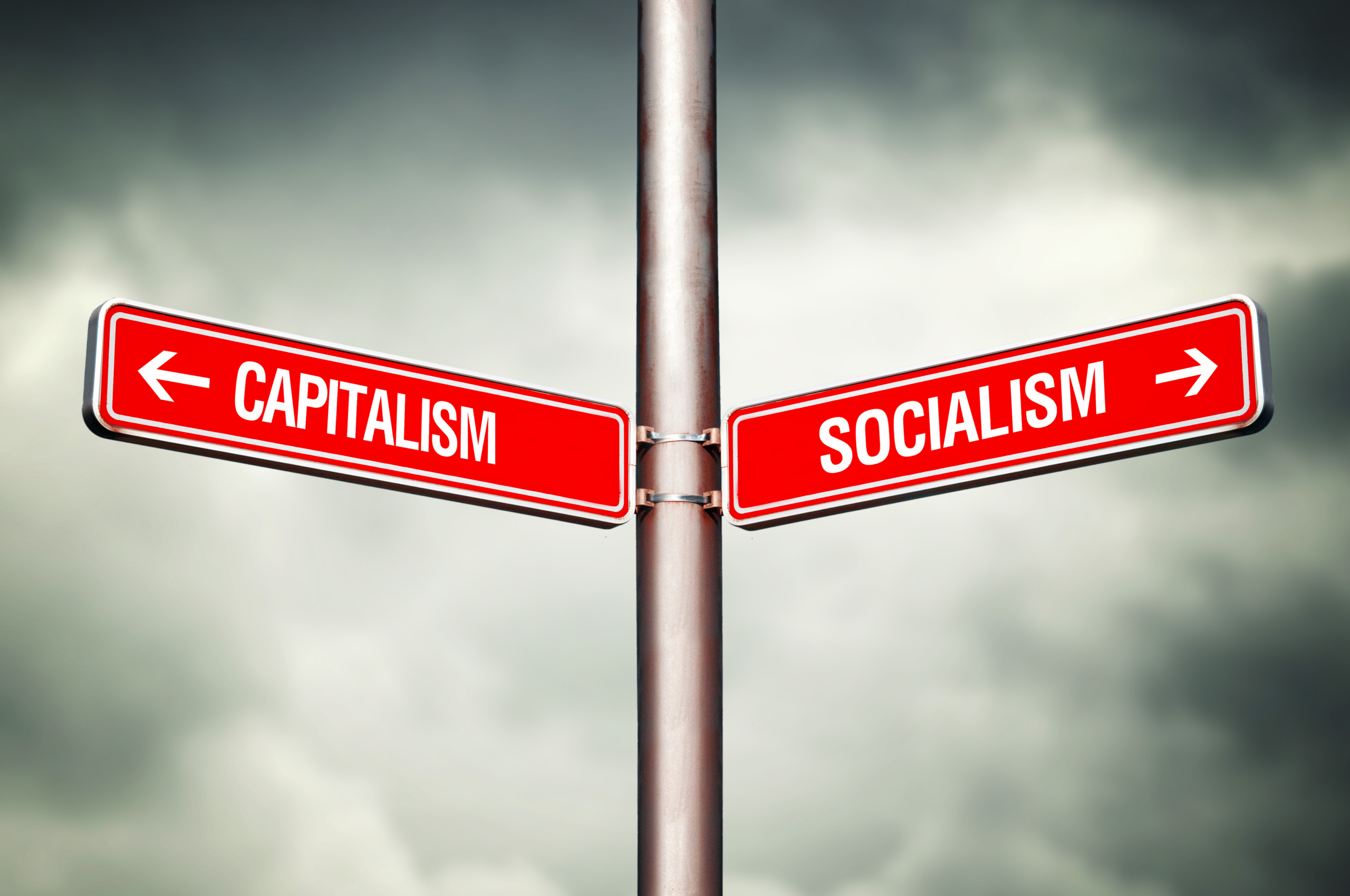 Capitalism, which had seemed to be so ascendant in the way the world was ordered has lately been under siege. And because 2018 marks the 200th anniversary of Karl Marx’s birth, perhaps now is a good time to reflect on Marxism and capitalism and to ponder how we got to a situation where the world order seems to be so in flux.

Ever since the global credit crisis, regulations have mushroomed, talk of inequality has flourished, and taxing the rich has become sound public policy. In fact, even globalisation, with its dual components, free trade and immigration, seems in broad retreat. Heartland Americans don’t want trade. The Brits want their borders back. Populist European parties with anti-immigration policies are, well, popular. Italeave is the new-new thing. Capitalism is, dare I say… looking a little withered.

Creative Destruction… Beauty or the Beast?

The term “creative destruction” was coined by Joseph Schumpeter, the famous Austrian-American economist in the 1940s, but ironically it was derived from Marx’s economic thinking in his seminal work, “Das Capital”.

The opening up of new markets and the organizational development [of business] illustrate the process of industrial mutation that incessantly revolutionizes the economic structure from within, … destroying the old one, … creating a new one. [The process] must be seen in its role in the perennial gale of creative destruction.
~ Joseph Schumpeter, Capitalism, Socialism and Democracy, 1942

Indeed, creative destruction has unpleasant characteristics and existing industries and workers can be blown apart by innovation. Once upon a time, the steam engine, the cotton gin, and the assembly line displaced industrial workers. More recently, ‘offshoring’ has shuttered factories, often leaving industrial wastelands behind. Currently, unrelenting technological change, such as the ability to manipulate big data and to design machines that learn, is being felt in every corner of our working lives. By it’s nature, capitalism can’t work without losers.

So, are there winners to balance the losers? The answer is of course there are. That’s the often untold beauty of creative destruction. Entrepreneurs with ideas change things for the better – producing superior products at lower costs. This increases demand and increases production. More workers are hired, their skills increase, they earn more. People produce the things that they are comparatively advantaged at and trade for things that someone else can produce more cheaply than they can. They enjoy a better standard of living, better health, longer lives, and enjoy more free time. Yes, the rich get richer, but the poor are substantially better off than they otherwise would be. Today’s proletariat (me included) own goods and have access to services (such as healthcare) once reserved for royalty and robber barons. In short, whilst creative disruption hurts some for some time, over the longer term, society in aggregate wins and, to varying degrees, everyone benefits.

The benefits are inarguable. The World Bank calculates that the number of people in “extreme poverty” has declined from 1.85 billion in 1990 to 797 million in 2013. (1) It turns out that “the rich” are not a small elite of self-perpetuating greedy capitalists. Of the 400 wealthiest Americans in 1982, only ten remained on the 2012 list. Also, most top 1% incomes are now salaries, not capital-based incomes. (2) Entertainers, sport stars and software-writing proles make the top 1% income list. Clearly, there is a lot of creative destruction for the 1% as well. Those industrial wastelands? Redeveloped. Think Pittsburgh (not dead yet!), Canary Wharf in London, Hudson Yards in Manhattan, and waterfront condos in Canada.

Das Kapital predicted the inevitable ruin of capitalism and rise of socialism as the new, just and gentle order. Socialist revolutions occurred, but the new order quickly evolved into asphyxiating totalitarianism. For much of the 20th century, about 40% of humanity lived under Marxist regimes, enduring famines, gulags and dictatorship. Ironically, one of the largest, China, now practices its modified brand of capitalism with more velocity than the West.

What did Marx miss? He was a brilliant thinker, but he himself was wracked by doubt in his later years – wondering why the poor in Victorian England were enjoying growing prosperity. In reality, capitalism was never a static beast – it evolved. Democracy, rights and freedoms deepened. Capitalism’s feared outcomes were blunted by competition and regulations. Economic management smoothed the business cycle. So, at 200 is Marx(ism) dead yet?

Don’t count it out. Most world economies are really some blend of capitalism and socialism, with each country, at any particular point in time, residing at a different spot on the spectrum. Over time, the blend can change.  But right now, it seems that the pendulum is swinging away from capitalism towards more state control and intervention.

As evidence that the pendulum is reversing, consider the current backlash against globalism and free trade. Who would ever have thought that America would be a leader in the anti-trade and anti-immigration charge? Yes, that America – the one that welcomed your huddled masses. The one that ingrained creative destruction into everything, tearing down the old order, not only in business, but also in the arts, architecture, and politics. And these fears aren’t just felt in the richest countries, even in the developing world, some fear that the same forces of technological change that led to a manufacturing boom now leave these same countries vulnerable. How will they adapt to automation and artificial intelligence? (3) Is this the beginning of the end of trade as we know it?

Close to home we can see that government intervention is broadening. At a time in the economic cycle when fiscal support should be receding, government influence is expanding and spending is increasing. And now the federal government is in the pipeline business – an odd outcome in a free market economy.  What signal does this send to future potential investors in Canada? Governments should play a critical role in the economy, but, as Ronald Reagan mused, they have difficulty knowing when to stop.

Government’s view of the economy could be summed up in a few short phrases: If it moves, tax it. If it keeps moving, regulate it. And if it stops moving, subsidize it.
~ Ronald Reagan

The concept of equality of opportunity appears to have been superseded by a desire for equality of outcomes. Take a look at “Capital in the Twenty-First Century”, the fantastically well-acclaimed book by French economist Thomas Piketty. Based on his analysis of rising income inequality over time (as outlined above – true), Piketty’s restorative prescription is more taxation – a progressive wealth  tax up to 2% per year and progressive income taxes up to 80%. Paul Krugman, a Nobel Prize winner in Economics, called Piketty’s book a “magnificent sweeping meditation on inequality” and “the most important economics book…maybe of the decade”. Yikes!

The challenge is for our society to find the fine balance between unbridled capitalism and stifling government-induced rigidity. The reality is that countries and jurisdictions also compete with each other – as a preferred location for people with ideas and capital. Companies, factories, and people can move. It’s the entrepreneurs, the skilled, and those with capital that are the most mobile. And when they move, they will take their businesses, the jobs these businesses create and their taxes with them.  FWG

Is COVID Giving You Scurvy?

Author Name And Credentials:
Denys Calvin, CFA
Topic:
Human Interest
Excerpt:
The early ocean-going explorers learned the hard way that a lack of vitamin C can give you scurvy. And, according to Wikipedia, “the knowledge that
Read More

Onboarding in a Not So Normal World

Author Name And Credentials:
Tom Wilson, CFA, MFin
Topic:
Inside Nexus
Excerpt:
Starting a new job can be nail-biting! We have all done it at some point in our lives and each time it brings a new sense of excitement, questions,
Read More

Nexus and the ESG Integration Approach

From the Editor: Springtime

The Tail that Wags the Dog

Author Name And Credentials:
John C.A. Stevenson, CFA
Topic:
Investments
Excerpt:
We thank our friends at Northwood Family Office for having brought to our attention a fantastic book called, The Psychology of Money, written by...
Read More

A Table for None, Please; Working From Home on the Rise

Author Name And Credentials:
Brad Weber, CPA, CA, CFP
Topic:
Pearls of Wisdom
Excerpt:
Reading is one of the principal occupations in our profession. As we digest a wide range of material, interesting ideas and surprising facts – some
Read More